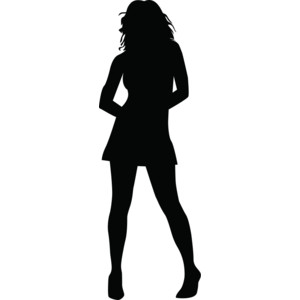 The screen is a very powerful tool for social acceptance.
--Andie MacDowell

There still seems to be some confusion these days about transgender folks. I'm not sure that the Chilean drama, A Fantastic Woman, clears any of that up, but it is a poignant and sympathetic character study of one individual.

A transgender person is someone whose gender identity differs from their biological sex at birth.
(Or as I like to say: the biology doesn't match the psychology!) Simply put, one's sex is about the body...one's gender identity is in the mind. A transsexual is someone who has taken steps to more physically resemble the gender they identify with through the use of hormones and/or surgical procedures. So, if anyone should ask...

Were you to begin watching a A Fantastic Woman with no prior knowledge of what's what, you'd be in for a surprise as it is slowly revealed that Marina (Daniela Vega) is not a biological woman. Ya coulda fooled me, as the saying goes. There's no indication as to whether it fooled her ostensibly straight older lover, Orlando (Francisco Reyes), in the beginning, so we don't really know how or why they hooked up. But they have real passion for one another. Orlando croaks unexpectedly after they share an evening in bed together, with Marina rushing him to the hospital where a tense life or death drama plays out. It's the beginning of an odyssey of suspicion and bigotry directed toward Marina by the authorities--who suspect she may have had something to do with her lover's death--and Orlando's family, whose attitudes and subsequent actions toward Marina reveal that Chileans may have farther to go than even we here in the U.S. do in developing a live-and-let live attitude toward those who fall out of the mainstream.

28 year-old Daniela Vega, who gets to display her impressive singing talents in the film, gives an understated (with occasional bouts of explosiveness), perfect pitch performance. She was the first openly transgender person in history to be a presenter at the 2018 Academy Awards broadcast.

A Fantastic Woman won the Oscar for Best Foreign Film. And while Jill and I frequently fall outside the mainstream with our opinions (yeah, I gave The Shape Of Water a C +), this time I'm falling right in line.
Grade: A

And I'm falling in right behind you.  Almost.  Whenever I go to see a foreign film, I have to adjust my mindset. The leisurely pace, original camera work, unglamorized actors catch me off guard at first.  But I soon forget about the escapist entertainment Hollywood churns out and drink in those subtitles with unquenchable thirst.

A Fantastic Woman is a fantastic film.  And I loved the fact that the lead actor Daniela Vega is herself a tranny.  As appealing as she was as a woman, there were some dead giveaways that made me think "Not so fast."  Her large masculine hands, for one.  And her overly broad shoulders, for another.  Still, the one thing most men (who transition into women) can't hide is their Adam's apple.  Ms. Vega's managed to remain unnoticeable.

I would quibble with the opening of the film.  The whole bit about the key and finding the locker (I'm not giving anything away here) seemed totally unnecessary.  I would have started the movie when our heroine was singing in the club.  But my far-more-intellectual movie buddy pointed out the symbolism: by confronting her own masculinity, she found her true identity.  To me, it was an anti climactic subplot.  (Sorry, I hate people who go into too much detail about a film I haven't seen yet!)

The score was seamless.  And that aria Daniela Vega sang at the end?  Oh, my.  It kept circling around in my head for hours after A Fantastic Woman was over.  Kudos to composers Nani Garcia and Matthew Herbert.  Because I don't want to parrot Tim's grade and I think the ex wife, ably played by Amparo Noguera, was miscast (too young-looking to have a grown son), I'll go down half a grade. After seeing this film, I'm going to make a concerted effort to see more foreign-made movies in 2018!
Grade: B+


Posted by Timoteo at 8:40 PM No comments: Links to this post